You can find Pattaya on the east coast of the Gulf of Thailand in the province of Chon Buri, about 147km from Bangkok. People come to Pattaya for lots of reasons, the stunning beaches, smiling locals, superb shopping and range of tourist attractions. Many others come for the legendary nightlife. Pattaya's streets are crammed full of go-go bars, night clubs and massage salons, most of these are found at the infamous Walking Street.

The beach area is split into 3 sections; the north, south and central. The North area is the quietest area with more up market restaurants and hotels found here, at the Central area you will find beach bars and street stall shopping and the South area is where to go if you have come for the nightlife.

Pattaya hasn’t always been like this, it used to be a small fishing village. Everything changed on 29 April 1961 when the first group of American servicemen, who were to join the Vietnam War, arrived in Pattaya for recreation. Pattaya became Thailand's biggest beach resort attracting thousands of tourists every year looking for satisfaction. Five star hotels sprouted up where once there were fishermen's huts, fishing boats transformed into tourist boats and the quiet beautiful beaches are now packed with sun worshippers from all over the world.

A word of warning about Pattaya: most of the tourists that come to Pattaya are male, attracted here by the town's world famous sex industry in which women and men are available as companions for very cheap prices.

Pattaya Beach and the beach road stretch for 3km, apart from swimming and sunbathing the beach also has excellent facilities for water sports enthusiasts. The northern end is quieter while the southern end is the busiest with the streets jam-packed with restaurants, bars, nightclubs and street stalls. Once upon a time the busy Jomtien Beach used to be paddy fields, if you are looking for a quieter resort to hang out then head here. It has a long stretch of sand and coastline bordered by soaring coconut and palm trees. The sea is calm here and it is safe for swimming and water sports all year around. Wong Amat Beach is for those who are in quest of a nice place to relax and sunbathe, since it is one of the cleanest and most secluded beaches in Pattaya.

Nong Nooch Tropical Garden is filled with flowers, waterfalls, Thai style houses and lakes and animals, including tigers and chimpanzees. Every day they put on a display of Thai dancing and have an elephant show. It is around 15km from the city centre but worth the trip if you want a day away from the city.

The Sanctuary of Truth is a massive building built totally out of wood both inside and out. The idea behind the wooden carved sculptures is to ‘reflect the Ancient vision of earth and the Ancient Knowledge’.

Alcazar Cabaret Show is one of the best known attractions in Pattaya. It is a cabaret style show with singing and dancing performed by the famous Thai ‘lady boys’.

Ko Larn, also known as Coral Island, is located 7km from Pattaya. It is a quieter beach to hang out at than Pattaya, whilst still providing all the water activities. There are boats that will take you to the island.

Buddha Hill is particularly beautiful in the evenings; it is the highest spot in the city and has a stunning view of the whole resort. It was named after the giant Buddha statue that is half hidden there amongst the trees.

Million Year Old Stone Park is a large park and zoo that has over 1000 crocodiles. The main attractions here are the ancient rock and botanical gardens and fossilized plants and the 200 year old Thai bonsai and dwarf horses.

Mini Siam exhibits miniature replicas of well known tourist sites and holy places around Thailand. Previously known as Siam, this mini exhibit includes models of the Temple of the Emerald Buddha and the Bridge over the River Kwai, as well as other foreign architectural wonders such as the Statue of Liberty and the Eiffel Tower. It is a cool place to visit and a novel way to see the world’s attractions. 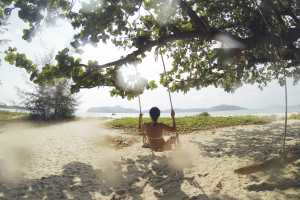 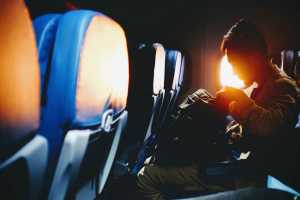 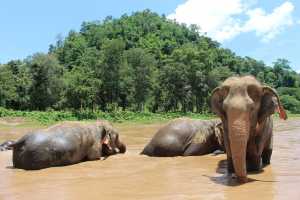